The Countries Where Turkish Citizens Can Travel with Only ID Card 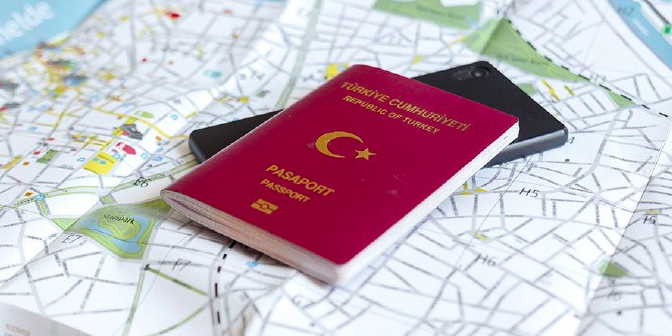 As you know, the concept of visa defined as the permit that must be obtained while entering or leaving from a country by authorities. If you have a valid visa at airports, ports or land border gates, your passport is approved. Today, many developed countries have created the possibility of putting an end to their free movement between them visas, although some countries are continuing to entry and exit visas to other countries such as Turkey. However, there are some countries where you can visit without a visa.

Turkish citizens can travel to countries such as the Turkish Republic of Northern Cyprus (TRNC), Georgia, Ukraine, Moldova and Azerbaijan without the need for a visa, thanks to inter-state bilateral agreements, only with identification. The number of countries that can travel without a visa in the future is expected to increase even more. An important detail that should not be forgotten is that only new type of chip ID cards are valid for visa-free travels. In this article, you can find detailed information about the countries where Turkish Citizens can travel with IDs in 2021.

The important settlements of the Turkish Republic of Northern Cyprus are known as the capital Nicosia, Kyrenia, Famagusta, Güzelyurt and Iskele. While the KKTC does not receive much rain due to the Mediterranean climate it is influenced by, it generally has a hot and arid climate. The beautiful waters of the Mediterranean are located on the shores of the Turkish Republic of Northern Cyprus. Tourism is of great importance in the country. It’s possible to find direct flights to Turkey from Ercan Airport in Nicosia.

Georgia is located on the eastern shore of the Black Sea, in the Southern Caucasus. Georgia has borders with Russia in north, Azerbaijan in east, Armenia in south and Turkey in southwest.

Georgia’s climate is extremely diverse given the small size of the country. The rainiest periods usually occur in the spring and autumn months, while the winter and summer months are the driest. The country is surrounded by mountains, rivers and lakes. For this reason, the country has a great potential for nature tourism. Agriculture and tourism emerge as the main economic sectors. You can find direct flights from Batumi and Tbilisi to Turkey.

You can visit Georgia with your Turkish ID card without a visa. Turkish citizens traveling with an ID card must pay a 15 TL overseas departure fee to enter Georgia for their travels to Georgia. When entering Georgia with ID and passports, the accommodation period extends up to 1 year.

Ukraine is located in the Eastern Europe and is known as the biggest surface area country in Europe. It has a land border with Russia to the east and northeast, Belarus to the northwest, Poland, Slovakia and Hungary to the west, Romania and Moldova to the southwest. On the other hand, it has a coast to the Black Sea and the Sea of Azov in the south.

The capital city Kiev is the biggest and most developed city of the country. In recent years, industrialization and technology have increased greatly in the country. The climate of Ukraine is known as a temperate-continental climate. In the south, the sub-tropical climate is seen around Crimea. On the other hand, there are many historical buildings to visit in Ukraine. Kharkiv, Kiev, Kherson, Lviv, Odessa and the airports in the cities held Zaparojye scheduled flights to Turkey.

You can also visit Ukraine with your Turkish ID card without needing a visa. Turkish citizens traveling with an ID card can stay in the country for a maximum of 90 days within 180 days on their travels to Ukraine.

The Republic of Moldova is located in Eastern Europe between Ukraine and Romania. The capital, Chisinau, is also known as the most developed city. Moldova does not have a coast to the sea. Therefore, tourism in the country takes place with a focus on the natural landscapes and history of the country. Numerous museums and historical monasteries in the country await their visitors. On the other hand, wine tours are organized for tourists throughout the country. It’s possible to find scheduled flights to Turkey from Chisinau International Airport.

You can visit Moldova with your Turkish ID Card without needing visa. Turkish citizens traveling with an ID card can stay in the country for a maximum of 90 days within 180 days on their travels to Moldova.

Azerbaijan has also a wide variety of nature. Mountains, plains, plateaus, rivers and lakes create amazing views all over the country. Temperate climatic conditions prevail throughout the country. In the higher parts, harsh winter conditions prevail. Azerbaijan also has the largest agricultural basin in the region. The capital Baku stands out as the country’s most developed and the largest city in terms of population. The country’s economy is based on the export of its natural resources, oil and natural gas. Tourism comes next. In recent years, Azerbaijan has also become a popular destination for religious, spa and health tourism, welcoming visitors from all over the world.

You can visit Azerbaijan without visa and passport, only with your Turkish ID Card. Turkish citizens traveling with an ID card can stay in the country for a maximum of 90 days on their trips to Azerbaijan. You can find direct flights to Baku and Nahcivan cities of Azerbaijan from Turkey.